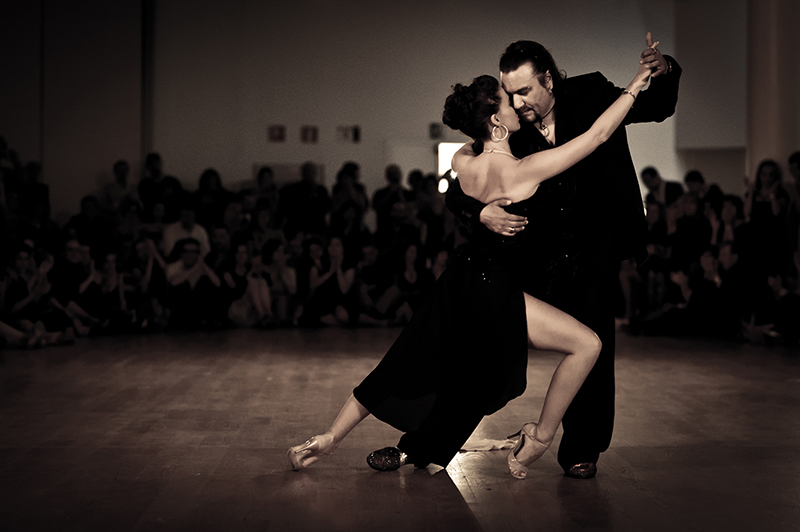 Mariano Chicho Frumboli , Argentine dancer and choreographer . It is considered one of the founders of the Tango Nuevo . It is known primarily for his talent in improvisation . Chicho Frumboli , along with Juan Carlos Copes , Miguel Ángel Zotto, Sebastian Arce , Gustavo Naveira and Pablo Veron , Olympus is part of the best tango dancers of all time .

Between 1994 and 1998 he studied with the masters Ricardo Barrios and Victoria Vieyra , practicing and consolidating his style. He then followed other famous teachers , including: Luis Solanas and Cecilia Troncoso , Carla Marano , Tete and Maria , Alejandro Suaya and Elina Roldan , Graciela Gonzales and Patricia Lamberti , Julio Balmaceda and Valencia Batik . During this period he was noted for his performances with Victoria Vieyra , Eugenia Ramirez and Claudia Jacobsen . Following continued to study with Gustavo Naveira and Fabian Salas . In 1997 he participated in the filming of the movie Tango Lessons .

In October 1998 , along with Victoria Vieyra , Chicho arrived in Europe . He settled first in France and then in Belgium where he presented and taught Tango Nuevo .

His dance partner since 1999 has been Lucía Mazer , she participated with the major European festivals and workshops , including the Festival de Paris, Tangocamp in Basel and at the Tango Festival in Mantua. In the next three years, in Paris , along with Camilla Saracens taught Nuevo tango artists of the theater in Paris.

In 2002 he began a successful sequence of events : ” Fleur de Cactus ” in the company of Catherine Barbessou and ( in 2003) ” Charbons Ardents ” with the company of Camilla Saracens.
They were joined by the performance with some of the most important tango orchestras : Color Tango , El sexeteo Mayor, El Arranque , Sexteto Canyengue .

In 2003, his dance partner became Eugenia Parrilla with which he performed until 2006. Currently danced in couples with Juana Sepúlveda .
His live performances are often accompanied by groups who practice neotango , such as Gotan Project, Tanghetto or Narcotango .
Is recognized by all as the main reference of the Tango Nuevo . Frumboli stands out for his performance style and musical talent that expresses during the performance . Its features interpretations emphasize the rhythm of the songs danced .

Chico Frumboli and Juana Sepulveda performing in 2007 on the Costa Concordia with Sebastian Arce and Mariana Montes : 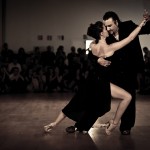 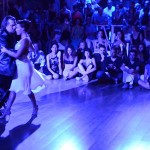 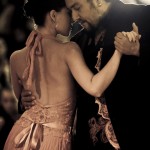