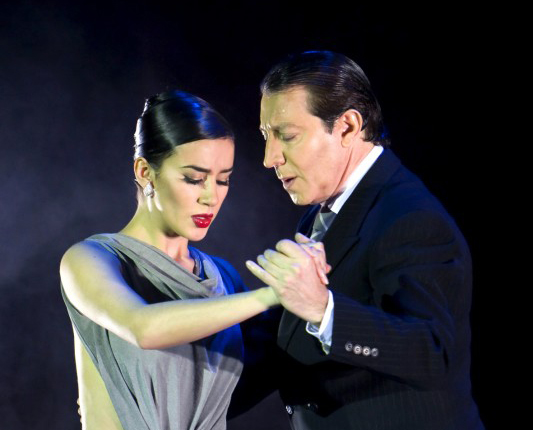 Miguel Angel Zotto was born August 7, 1958 in Vicente López , Buenos Aires. He comes from a genuine family ” tango ” with popular roots . Grew up listening to tango with his grandfather , who was a dancer, and with his father who was a dancer and actor.
At seventeen he began studying tango with several teachers . In 1979 he discovered Rodolfo Dinzel and the latter intensifies his studies. He danced in the ” milongas ” of Buenos Aires for six years. In 1984, teaches tango to the ” University Belgrano ” in Buenos Aires.
In 1985 he gets his first successes as a dancer on the show ” Jazmines ” by Ana María Steckelman , performed at the “Michelangelo” , Teatro Municipal General San Martín and on tour in Venezuela.
In 1985 he met Milena Plebs and in 1986 they began their career together as a duo of professional tango dancing in the hit Broadway hit “Tango Argentino ” of Segovia and Orezzoli , staying on the show for more than four years traveling across the United States, Canada , Venezuela , Austria, Germany, Switzerland, France and Japan , where they are invited to the Tokyo Music Festival ’87 . Their tango teachers were Dinzel Rodolfo , Antonio Todaro, Pepito Avellaneda , Juan Carlos Copes , Finished, Petróleo , Virulazo and Elvira . Recite in the films “Tango , Bayle nuestro ” , by Jorge Zanada ; ” Flop” , by Eduardo Mignona and ” Speaking Carlos Gardel ” by Horacio Salgán and Horacio Ferrer.
In 1988 Miguel Angel Zotto, with Milena Plebs created “Tango x 2 Company” where they performed as principal dancers who are also directors and choreographers .
In 1989 they presented the first “Tango x 2″ In 1991 , the Theatre ” Houston Opera ” invited them to choreographed tango-opera ” María de Buenos Aires ” by Astor Piazzolla and Horacio Ferrer, in which Miguel Angel Zotto played the role of Cat . Miguel Angel Zotto, with Milena Plebs, received the ” María Ruanova ’91 Award” , the highest award for dance Argentine , given annually by the Consejo Argentino de la Danza . It ‘s the first time that this prize is awarded to tango.
In 1992 they performed at ‘ “Expo Sevilla” . That same year he performed with Robert Duvall in the documentary ” Tango! ” National Geographic .
In 1993 they presented their second production called “Perfumes de Tango” and have a triumphant season at Sadler’s Wells Theatre (London) . First U.S. tour , visiting numerous cities: New York, Washington , Boston , Philadelphia , Atlanta, etc .
In 1994 : Italy (Rome, Milan ) Palace of the Congress of Nanterre ( Paris), the International Festival of Athens ( Greece) ; International Festival of Dance ( Aix -en -Provence ), Moscow ( Russia) ; Cervantino Festival ’94 in Guanajuato and Monterrey ( Mexico) . First tour in Japan : Tokyo, Kyoto , Hiroshima , Osaka , etc. .
In 1995, the Hong Kong Arts Festival , Maison de la Dance ( Lyon ) , Albéniz Theatre ( Madrid). Great success with the second U.S. tour of the production “Tango x 2” . In the same year Miguel Angel Zotto participates as a teacher to ‘ “International Argentine Tango Congress at Northwestern University ” in’ Illinois ( USA) . summer in Buenos Aires at the Teatro ” Presidente Alvear .” In the same year , “Tango x 2″ represents Argentina in Belgium. They were invited by the European Economic Community . According successful tour in Japan : Tokyo, Fukuoka , Hiroshima , Kyoto , etc. .
In September takes place the debut of their show entitled ” Una Noche de Tango ” at the Teatro ” Presidente Alvear .” This show is initially created and performed at the Seventh Biennial of Contemporary Dance in Lyon (France ) . Then, they toured in Rome, London , New York and Santiago, Chile
In 1997 Miguel Angel Zotto receives the “Trinidad Guevara Award” for the choreography of the show ” Perfumes de Tango” . Presents ” Una Noche de Tango” to ‘ Avenida Theatre ( Buenos Aires ) . In the same year represent ” Perfumes de Tango” in Finland and Denmark and then presented both shows in many cities across the United States.
In 1998 he won the ” Gino Tani Award”, the most coveted prize of dance in Italy. Represent ” Una Noche de Tango ” at the Teatro ” Presidente Alvear ” in Buenos Aires. They leave for a tour in Italy , Finland, Germany , England, Greece and Israel presenting ” Perfumes de Tango” and remain three weeks in Rome representing ” Una Noche de Tango” . At the end of the year , the newspaper Clarín (Argentina ) indicates ” Una Noche de Tango” as “the best dance show of the year.”
In 1999 , taking part in the ” Festival Internacional de Cultura Paiz ” in Guatemala. Then they performed in Honduras, Nicaragua , Mexico and Chile in the same year Miguel Angel Zotto wins the ” Positano ” , one of the highest awards for dance assigned to Italy.
In January 2000 Miguel has a new show called “Z x 2″ , staged and performed, along with another Argentinian artist Pablo Ziegler (pianist ) , to ‘ Sydney Opera House (Australia) to the accompaniment of the Sydney Symphony Orchestra.
In the spring of 2000, ” Una Noche de Tango” is represented in Milan, Turin ( Italy ) and London ( England) – for a period of six weeks – , then the Company returned to Lyon (France ) to participate together with the famous Argentine singer Jairo to a fascinating show – a set of Tango , Music and Folklore – dedicated to Argentina. In April , Miguel Angel Zotto was chosen in Argentina as one of the three best tango dancers of the century. In May , the Company presents ” Perfumes de Tango” in São Paulo (Brazil) inside the ‘ Argentinian Nacional Festival. In July and August to take part in ‘ “International Tango Festival ” with ” Una Noche de Tango” in the major cities of France, Italy and Denmark. From September to December Miguel Angel Zotto celebrates the tenth anniversary of the company “Tango x 2” accounting for an extended season “Perfumes de Tango ” at the Teatro Alver President of Buenos Aires.
2001 The new millennium began with the second performance of the show ” Z x 2″ , to ‘ Sydney Opera House (Australia) to the accompaniment of the Sydney Symphony Orchestra. From March to July , a new European tour that touches Rome, Bologna , Florence and Milan ( Italy ), then a return for four weeks at the Peacock Theatre in London. The tour continues : Manchester, Evian (France ), Verona ( Italy ) and Innsbruck (Austria) . A season of five months in Buenos Aires , representing a new version of ” Una Noche de Tango ” at the Teatro Astral and the Metropolitan .
2002 Company presents ” Una Noche de Tango” in Hong Kong inside the ‘ Hong Kong Arts Festival. 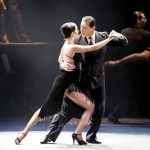 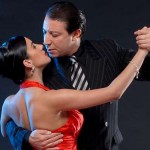 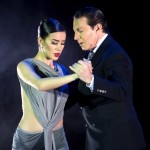